Afiliados Latam will be the biggest iGaming affiliation event in Brazil

Super Afiliados, a company strongly rooted in the Brazilian affiliation marketing scene, this year will be co-organizing Afiliados Latam, the first event 100% dedicated to the sports betting market, casino games, lotteries and the like.

On June 30th, the first edition of Afiliados Latam will take place in São Paulo, with the presence of illustrious figures from the national and international market. Companies from several countries support this, which will be the biggest event in the segment and which will kick-start a new era of affiliation in Brazil.

“We are very proud to be part of this history together with our partners at Jericho Eventos. Everyone believed in our desire to create a fantastic environment that will bring together on a special day of discussions and professional lectures from the most active companies in the segment”, says Alessandro Valente, founder of Afiliados Latam.

There was already a need in the market for a broad, free and democratic event. Therefore, the creation of the event was part of a natural process to meet this demand. It will be the first opportunity that affiliatesand iGaming professionals will have to carry out an in-depth exchange of experience aimed at strengthening the sector.

The country is experiencing a growing boom in the segment and will likely be one of the most promising markets in the world in the coming years. Therefore, it lacks initiatives of this type. The first step has been taken and we hope that new projects will soon appear that will put Brazil on the global iGaming affiliation map in a definitive way.

Alessandro Valente, one of the founders of Super Afiliados and creator of the Afiliados Latam event, together with his partners Yudi Osugui and André Ruiz, rolled up their sleeves to make a wish come true. 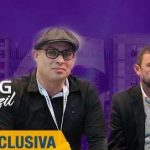 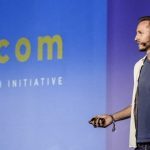