After two years, ICE London, the world’s largest fair on the gaming and betting industry, returned to have an in-person edition this April. Super Afiliados was present at the event with a great team, and in the midst of all the commitments, executives André Ruiz (partner and CTO), Manuel Matos (Account Manager) and Pedro Lucas (Head of Affiliates) spoke with journalist Flavio Figueiredo, from the website iGaming Brazil, about the importance of returning to the London fair, the joy of overcoming the barrier of 5,000 FTDs per month, the ‘win-win relationship’ he maintains with customers and the company’s plans for the future.

The interview began with the trio making an assessment of what their participation in the ICE London fair brought new to Super Afiliados. According to the executives, it was an important moment for an ‘incomparable networking’ within the meeting that is always “a reference in the segment’ at a global level and once again had an edition that ‘will go down in history”.

The current moment of Super Afiliados was also the subject of a conversation in which André Ruiz (partner and CTO), Manuel Matos (Account Manager) and Pedro Lucas (Head of Affiliates) highlighted that the company seeks to develop a ‘win-win relationship’ with all partners. They explained that the company works as a link between affiliate and operator, making both of them earn through good deals and increasing player traffic through betting sites.

The interview ends with the Super Afiliados team showing all their expectation and confidence that the Brazilian gaming market will go through a great period of growth in the medium and long term; and that the company hopes to be able to collaborate with this new phase, bringing better quality to the Brazilian player through new partnerships, always with the objective of achieving even greater goals.

The interview of the executives of Super Afiliados, André Ruiz (partner and CTO), Manuel Matos (Account Manager) and Pedro Lucas (Head of Affiliates) to the journalist Flavio Figueiredo, from the website iGaming Brazil, is available in full video on the portal itself, on your YouTube channel and can be viewed at any time and as many times as you wish at this link. Super Afiliados thanks to iGaming Brazil for the opportunity to once again be able to publicize its ideas, work and new projects so that Brazil has an increasingly strong gaming market.

We Partner Up With Great.com to Do Good! 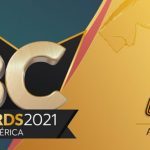 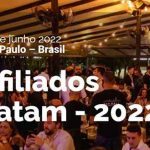