If you are already one of our affiliates, access the panel using the button below.

Recently announced in several media in the iGaming industry, the Esportes Online project will soon be launched together with one of the largest media groups in Brazil; the Bandeirantes Group.

The Esportes Online portal, which is being remodeled to accommodate the group’s new strategies, will be below Super Afiliados in several important agreements with strategic partners and international operators that already work with Super Afiliados.

This is the first time in the country that an important media group with a strong presence in television, radio, and even printed vehicles, opens the doors to a new marketing concept, much more focused on performance and consequently much more attractive to the operation’s potential customers.

Since the announcement of the Band and Esportes Online partnership, Super Afiliados has made itself available to serve the group and offer the aggressive and advantageous deals that it enjoys and already normally offers to its affiliates.

“The concept was approved after we demonstrated the earning potential through our platform, since then we entered into a formal agreement and we are fully supporting the technological project in this pre-launch phase to speed up the launch process.” – Informed André Ruiz (CTO of Super Afiliados).

In this current advertising format, Esportes Online will be able to accommodate premium sponsors, willing to invest fixed amounts that in return will guarantee a certain amount of new depositing players (FTDs), but also dozens of other companies that are not yet prepared to invest much in advertising.

Expected to have its official launch in less than 3 months, the project continues fast-paced and should have a general revamp as it continues in soft-launch mode from the beginning of July this year.

Grupo Bandeirantes and the Sports

One of the main media outlets to cover sports with such passion and professionalism for decades, it has its background remarkably rooted in football, motorsport, and many other sports.

It recently acquired the F1 broadcasting rights, taking it from the hands of the former broadcaster that could no longer maintain the prestigious event. I also brought the Stock Car into the house and should continue to expand in the coming years. 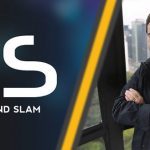 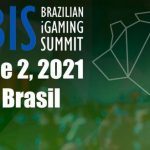