Co-founder of Super Afiliados and one of the leading experts in affiliation in the gaming and betting industry, Alessandro Valente, participated in the interview cycle of the Affiliate Grand Slam, the affiliate club specializing in IGaming created by SIGMA.

During the conversation, Alessandro spoke about the entire trajectory of Super Afiliados, how he approached the passionate IGaming industry and managed to make it represent 90% of the projects developed by the company.

Another highlight is his assessment that to be a successful affiliate it is necessary to think “outside the box”, have a great reaction time to keep up with all the technological updates, which from time to time affect the dynamics of the business and always be open to new challenges.

“Finding niches to explore is always a great alternative. Within them, it is important to be able to apply different techniques, rather than just trying to reach the public with the same approaches as always”, advised Alessandro during an interview with the Affiliate Grand Slam of SIGMA.

Alessandro Valente has been to other SIGMA events

The partnership between Alessandro Valente and SIGMA goes back a long way and the Affiliate Grand Slam’s invitation came to crown this relationship. Before the interview, the co-founder of Super Afiliados had participated in face-to-face and virtual events promoted by the company, always bringing a new idea about affiliation and games focused on the Brazilian and Latin American market.

“After having contributed to the group’s latest digital editions, the invitation was something that left me very surprised and honored. SiGMA is one of the most important companies in the sector and is highly respected around the world”, commented Alessandro Valente about the interview.

The Affiliate Grand Slam is SiGMA’s affiliate club. It was created to help accelerate the process of sharing information and building business relationships among people investing in affiliation within the IGaming industry. Those who are in this group will always be inspired and motivated by their business colleagues to develop their business and live a complete experience with affiliation.

SIGMA is one of the largest game industry development groups in the world. She is the promoter of fairs and events with a continental focus on the industry in different regions of the planet, manages one of the most renowned communication vehicles on the market and recently created her own philanthropic foundation helping to expand the social function of gambling and betting.

We Partner Up With Great.com to Do Good! 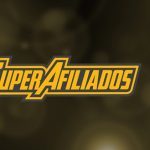